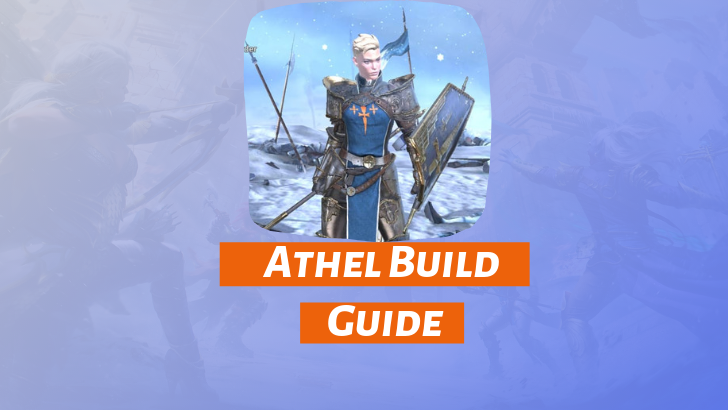 Athel is one of the 4 starting heroes in the game. She is a rare magic attack champion that came from The Sacred Order fraction. She is a perfect hero for all campaign farming, raiding Dungeons, and Clan Boss. Her Divide blade skill do massage damage to all enemy that’s why she is one of the popular champions in starting of the game. In this guide, we will tell how to build him properly to maximize his output.

Leadership Aura Skill –  Increases Ally HP in all Battles by 15%

Attack an Enemy 3 times. and on the last hit, it has a 75% chance of placing 25% Weaken Debuff for 2 turns on the enemy.

Attacks all enemies. Has an extra 15% chance of inflicting a critical hit.

Places an Increase ATK (25%) and Increase DEF (30%) debuff on this Champion for 2 turns and if this Champion’s current HP is less than 50%. Gains an extra Turn.

She is an ATK Partner and his 2nd skill give an extra 15% chance for a critical hit. So you should more focus on ATK and CR and CRD. But if SPD also helps to get more turns. So there is 2 possible build for athel one fully focus on High Damage. Another focused on damage and heal himself based on damage.