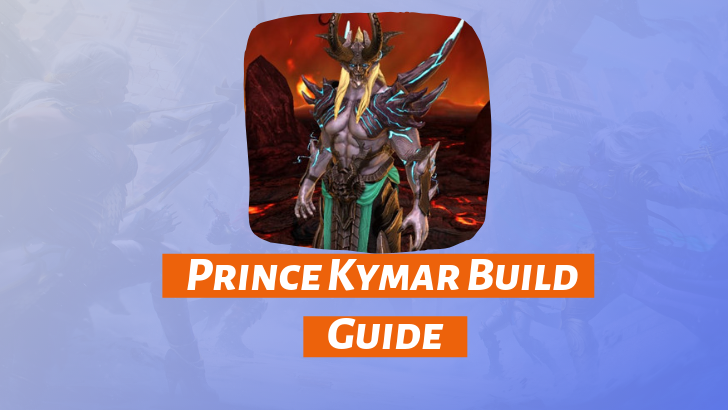 Prince Kymar is legendary Support champion from Demonspawn fraction and magic affinity. Prince can support allies by reset CD skill and also can control the enemy team by removing all enemy buffs and put them on sleep. Prince Kymar works great in the arena with your speed team and destroys the enemy team before they get a chance of the first hit.

Leadership Aura Skill –  Increase all Ally spd in the arena by 30%.

Attack an enemy and place a 5% poison Debuff on the enemy if the attack is a critical hit.

Attack All Enemy, Remove All Buffs and put enemies on sleep for 1 turn.

Reset All Allies Cool Down Skills. and increase their turn meter by 20%.

Prince Kymar is not an ATK Champion, he is a great support partner which can remove buffs from the enemy and put them on sleep also he can reset all active skills of allies partner. For him, you should focus on more Accuracy so that his skill can’t be registered by the enemies. Focus on HP, Accuracy, SPD, and CR. Don’t put so much speed because if he gets first turn in your team then his 3rd skill will be wasted. Put spd in such a way that he gets turn at last in your team or 2nd last so that when his turns come he can again reset allies skill. so I think 50-70 SPD will be fine. it’s a great partner to work with a Speed team. once you can enough Accuracy, Health and Spd then you can focus on Critical rate for a poison debuff from the skill 1.