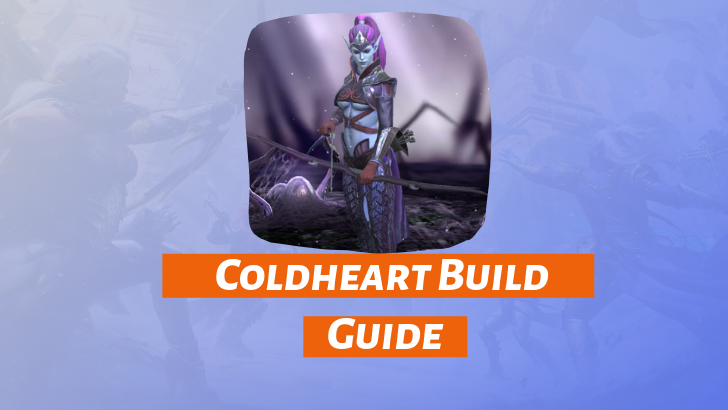 Coldheart is a Void Rare Attack Champion from Dark Elves Fraction. As mentioned she is an offense champion but she also slows down the enemy by clearing or decreasing enemy turn meter. She seems to be good against bosses as they will do massive damage based on their max hp and clear their turn meter. Let’s discuss her skill and build.

Attack 4 times randomly, and each time has a 25% chance of placing 100% healing reduction for 2 rounds.

Attack All enemies and it has 30% chance of placing a 50%[Decrease Acceleration] debuff for 1 turns. Also, Place a 5 % poison debuff if the target is under healing reduction debuff.

Attack an enemy and deal damage based on their max Hp. Attack has an extra 30% chance to trigger Critical hit. Also, fully deplete target turn meter.

She needs more ATK, CR, and CRD. Overall CR should be 70% to trigger his 3rd skill critical hit every time.  Some spd will also be helpful to get more turns. If you have 2 Coldheart you can use one with more spd and one with no spd.

Focus on Offence and Support Area.