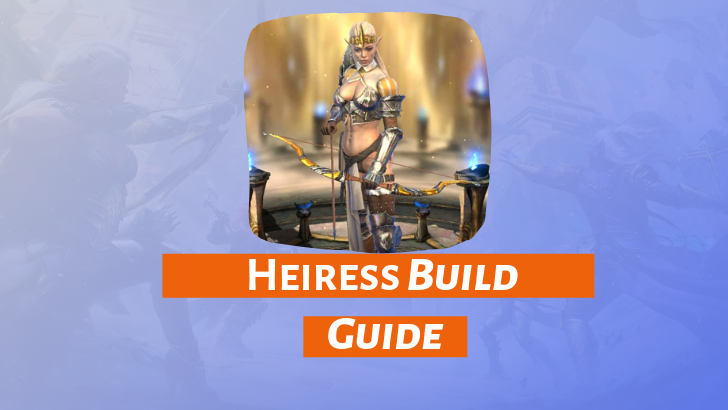 Heiress is a very good ATK partner. She is very good at Arena, especially against a high spd team. because whenever enemy puts the attack on any ally she gets a counterattack turn. But if an enemy uses AOE skill to attack all allies then she gets 1 turn only not 4.

Don’t take her in Clan Bosse’s fight because clan bosses doesn’t attack too frequently, also there is only 1 boss so first skill extra also can’t be used.

Leadership Aura Skill – Increase All Allies SPD in dungeons by 16%.

Attack an Enemy and Gain an Extra turn if the enemy is dead.

Remove a random debuff on all Allies. Also, has 60% chance to inflict a 30% SPD increase buff on all allies for 2 turns.

Counter Attack the attacker when an ally gets attacked.

She is Atk partner and can get lots of turns with her skills, you should focus on ATK, Crit and crit damage. SPD is not necessary for her as she is getting turn whenever any allies get a hit.