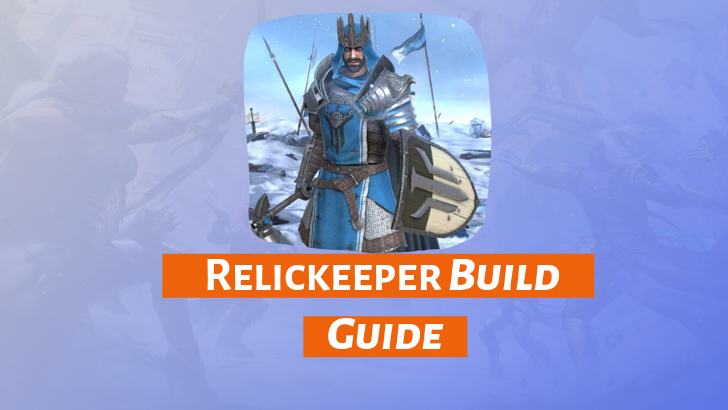 Relickeeper is known as campaign solo champion. Because he does massive damage and also put counter heal buff on himself when an enemy him. Also, He uses his first skill most of the time that has a chance for an extra hit if he killed an enemy that is just awesome. But since he is high damage champion you need to keep him same by using some support partner that can revive, heal, shield him and don’t let him killed. Let’s see what Masteries and artifacts fit on him.

He is good at campaign location only means he is a good solo farmer. but no quite good against clan bosses and arena.

Leadership Aura Skil – Increase Ally ATK in the campaign by 40%.

Attack an enemy and grant an extra turn if the target is killed.

Place a 50% increase Attack buff on this champion for 4 turns. also, grant an extra turn.

When hit by an enemy, place a 15% continuous heal buff on self for 2 rounds.

He is a very good Attack Partner that boost his own attack and also put heal buff when hit by enemy. you should focus on high damage and bit of speed.

Focus on Offence and defense tree.